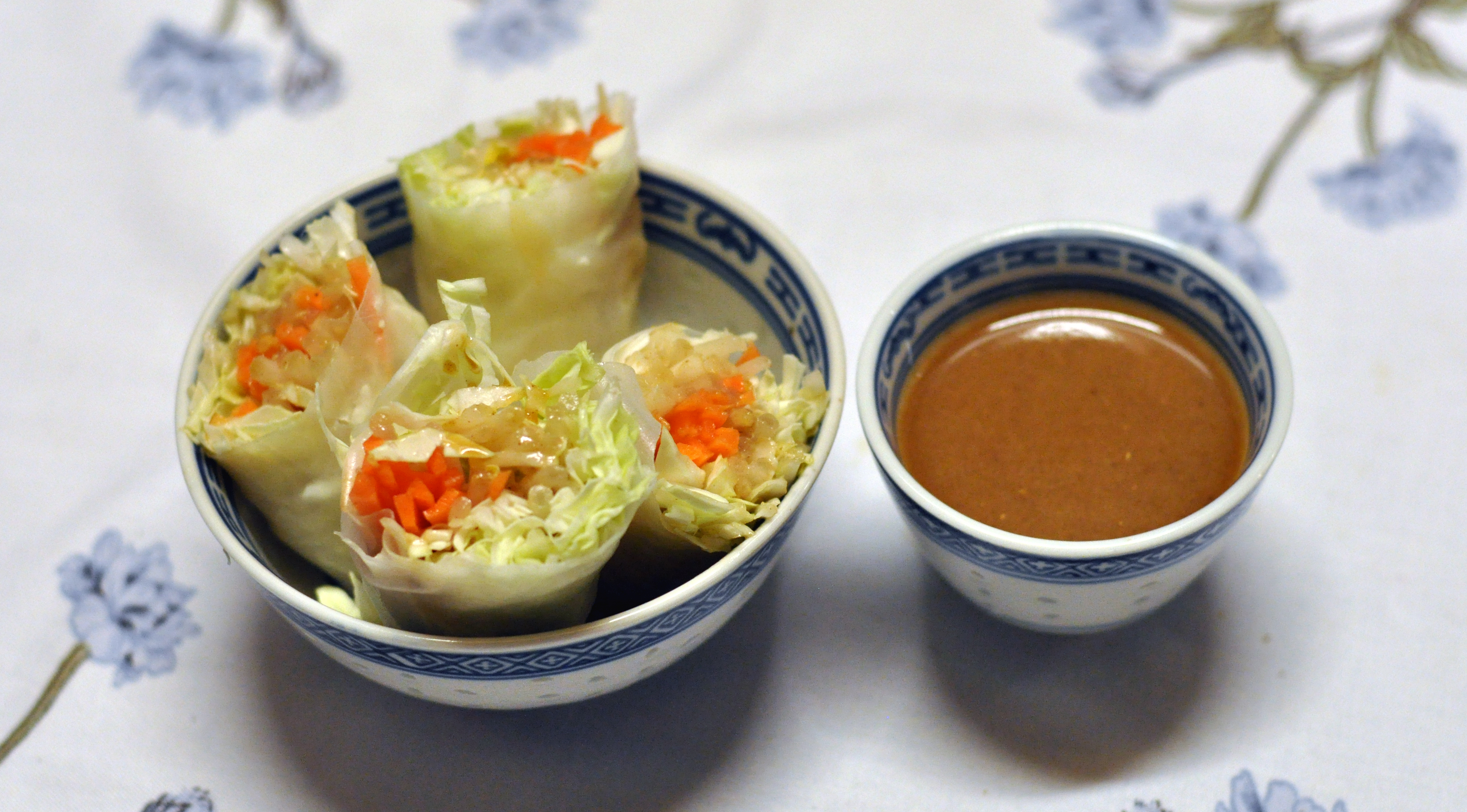 From Judy Fleming’s NEW Recipe Book “Foods from Around the World” where she takes foods from different regions around the world and creates healthy, vegan recipes using these different foods. Today we’ve taken foods from Oriental Cuisine to create these Raw Veggie Wraps with a Ginger Plum Sauce.

Cut the following veggies into thin Julian slivers and put aside to use in wraps:

Lay the soft rice round on a clean wet tea towel and put some of each chopped veggie in the center.

Fold over the sides then gently roll the wrap around the veggies tightly to make a 2 inch roll.

Cut in half and serve with the sauce below.

In a mini blender put the following and blend until a creamy liquid:

Keep cool until ready to use.