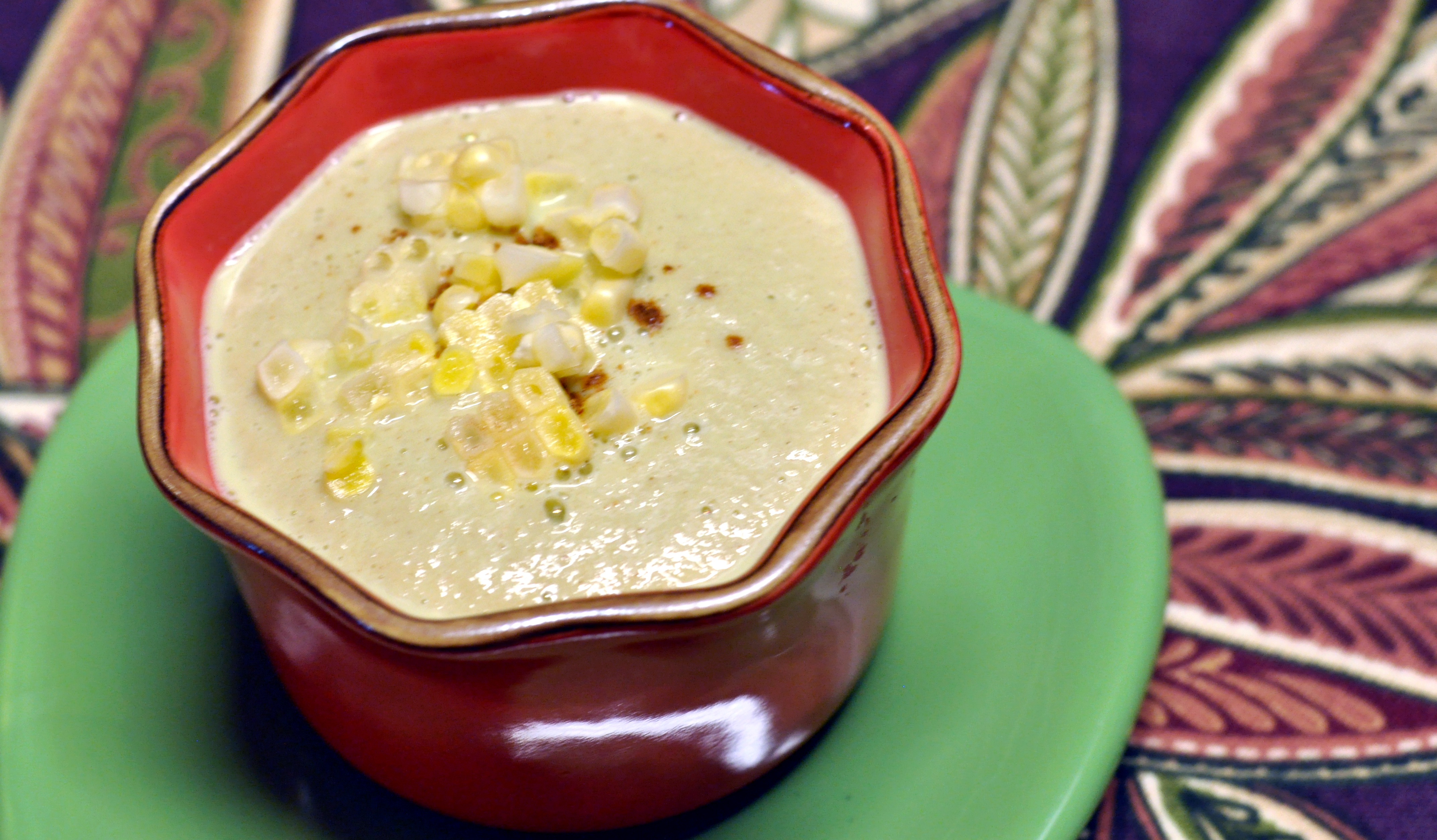 From Judy Fleming’s upcoming Recipe Book “Foods from Around the World” where she takes foods from different regions around the world and creates healthy, vegan recipes using these different foods. Today we’ve created this Raw Corn Lentil Chowder inspired by African Cuisine.

Take the ¼ cup of lentils and soak overnight in distilled water. Just before making the soup drain the lentils and put aside.

Put the following in your blender and blend until creamy:

½ cup corn, the coconut water, ½ the avocado, the ginger and cinnamon

In 2 bowls divide the rest of the corn, the lentils and add the creamy mixture – garnish with slices of the avocado and cinnamon – can be eaten right away or chilled for 20 minutes until ready to eat.

Corn was first found in North and South America as early as 1006 when the Indians cultivated it as a grain (maize) and used it not just for food but also as a currency in trading with the explorers. Sweet corn originated in North America. In an average cob (or ear) of corn there are 16 rows and about 800 kernels and the average corn plant is 5-12 feet tall. Corn should only be eaten raw since it is exceedingly acid forming when cooked or dried because of the combination of low water content and concentrated protein. A raw cob of corn is a quick and easy snack!